Thank You to Gale Otterholt! 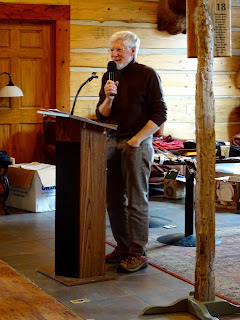 A huge thanks to Gale Otterholt, who has served as the President of the Birchleggings Club since 2012. Gale stepped down at the January 14, 2022, board meeting but will remain on the board through September 2024. Paul Thompson was elected the new president, and he will be joined by Bob Britz, as Vice President, Jim Tenorio, as Secretary, and Dave Balsiger, as our continuing Treasurer.

Gale has served as the President since the club was incorporated and has been the guiding force through a number of exciting new projects for the club, as well as serving as the liaison with the American Birkebeiner Foundation! Thank you, Gale!