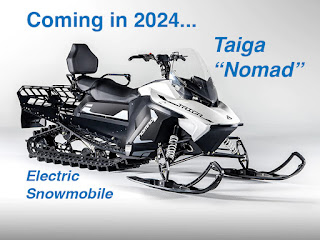 The Birchleggings Club (BLC) is embarking on a major effort to support the Birkie Green initiative to reduce waste and carbon emissions for American Birkebeiner Ski Foundation (ABSF) operations.

In preparation for the 50th Anniversary of the Birkie in 2024, the BLC is raising funds to purchase a Taiga “Nomad” Electric Snowmobile to donate to ABSF for trail use and filming the lead groups during the women’s and men’s Birkie without filling the trail with fuel emissions. 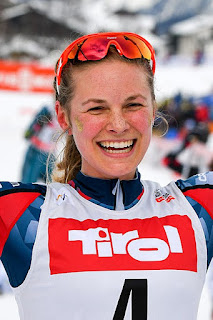 "As an athlete, following a gas-powered vehicle filming the lead pack is harmful to both my lungs and to the planet. I highly encourage EV snow machines to be used at race venues whenever possible to reduce the breathing issues for the athletes and to cut down emissions."

A simple way that nearly anyone can support Birkie Green and the electric snowmobile purchase is through the Birkie Bib Bag (BBB) project. Used Birkie race bibs from 2013 or later are being collected and converted into re-usable shopping bags.

These bags are strong, lightweight, and much more compact than traditional re-useable bags. Proceeds from the sales of these BBB’s will support Birkie Green initiatives, promote the Birkebeiner all year long while you are shopping, and… used bibs will be kept out of the landfill! 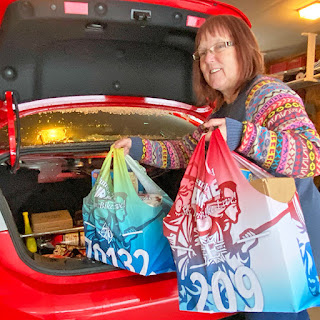 Bib Bags will be available for purchase at the Birchleggings Club booth and the Birkie Green booth during the Birkie Expo on Thursday and Friday of race week.

Bags will also be available at the BLC Annual Awards Breakfast on Sunday morning after the Birkie.

You can also purchase bibs right now for $20, (shipping included) by contacting:

Donate your used bib(s) for us to re-sell:

Bibs (from Birkie/Korte races 2013 or later) can be dropped off at the Birkie office in Hayward, WI, or can be sent to:

If you prefer just making a monetary donation in support of the Tiaga Nomad Electric Snowmobile project, please go to the Birchleggings Club, Inc. Donation Page. 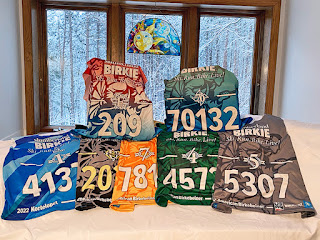 Have your own bib(s) made into a bag(s) for you to keep: If you would like your used bib(s) to be made into a BBB and returned to you, send your bib(s) to Paul Thompson at the address above along with a check, payable to Birchleggings Club, for $20 for each bib and your return address. No charge for return postage to you!
Posted by Edward R. Eroe at 6:41 AM 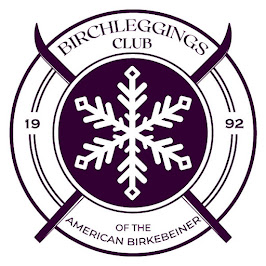